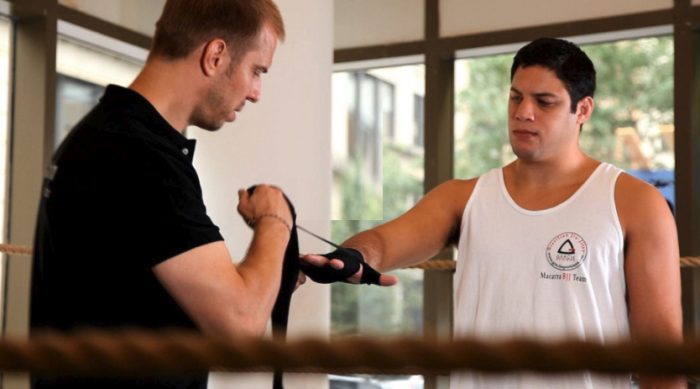 When you’re wrapping hands, and you’re by yourself, and you have no one to help you wrap hands like I showed you in the first part, this is how you wrap your hands on your own. Because it’s awfully hard to get that layer factor with one hand doing it yourself.

We come around the thumb, seam down. We start at the wrist, two or three times around. I’m going to leave two on that this time. Then come over the thumb, around.

That forward part of the wrap, that forward cushion that we extend to the knuckles, is what protects the hands. That’s why we want to keep it loose and we want to bring that wrap to the knuckle. From there we come around this portion of the thumb again, and we’re going to secure it in, once, twice.