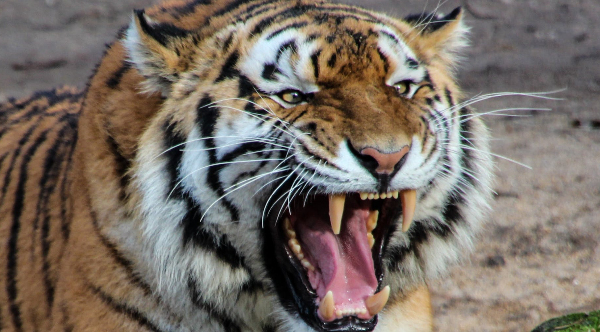 KI (気) which means “mind,” “resolution,” “spirit.” More specifically, as far as we are concerned, it is the vital energy that is in each of us. Also known as Chi (Chinese) or Prana (Hindu)

· AI (合) a verbal form that means union. Therefore, we can translate KIAI as “union of the spirits”.

Evidently KIAI in itself is not a word we pronounce when screaming, but the Japanese language designation of the mechanism that accompanies the scream.

The Kiai allows a person to purify his mind of strange thoughts, simply leaving the pure energy (ki) that makes him act, and confers all his intensity.

We can conceptualize the Kiai as a phenomenon of a complex nature, since it integrates physiological, neurological and emotional factors.

The physiological component of Kiai is associated with breathing. Correct breathing should be of deep and prolonged abdominal type (fukushiki kokyu) taking the air without lifting the shoulders and bringing it to the lower part of the lungs; There are floating ribs that, because they are movable, allow the introduction of a larger volume of air into our body and, therefore, increase respiratory capacity. The entire process of gas exchange is controlling with the ventral muscles and the diaphragm.

Laich points out that through the emission of this scream or growl, the inhibitory mechanisms of muscle contraction from the Golgi tendon organ are overcome. Shouting automatically generates a series of stimuli that enhance muscle contraction beyond the physiological limit. The scream disinhibits and activates the contractile system in a conscious way. In this same sense, Ikai and Steinhaus (1961), emphasize that the stimulus of the scream increased the force above normal levels due to a temporary modification of the function of the central nervous system.

Likewise, we find a psychological component in the Kiai. By union of the spirits we must also understand the participation of the mental force, which is an essential factor of the Kiai. The possibility of concentrating all mental energy in a single object, with the determination to reach or dominate this object.
Kumashiro Hikotaro in his work “The art of the Kiai” says: “The Kiai implies the fabrication of a strong body through a strong mind, hardens the whole being, making it invulnerable to attack. The secret of victory in an encounter lies in this: not thinking about winning but not being defeated. One is defeated, because he tries to win. If he is not defeated, victory will always be on his side. ”
The ability to subjugate emotional states such as fear or anger and raise one’s level of emotional predisposition towards action, towards combat, is recognized. The scream also fulfills a cathartic function that allows the release of anxiety favoring the sublimation and channeling of this in the form of physical energy.

This ability of the Kiai makes it a technical skill that can potentially be learned, understood, experienced, developed and, finally, mastered.

Since very remote times there has been a willingness to know the way in which life force operates in us for its best use. The martial arts masters of the East have always believed that they can harness this energy through proper training. Thus we have the techniques of Chi Kung (Qi Gong) or Ki Jitsu. Although it is a complex process that takes years to improve to make it effective and natural, it can more simply be described as a method of channeling the “ki” energy that can be used to improve our combat capacity.

Kiai training requires the control of two essential elements that must be studied together: posture and breathing. The posture: the body should be kept relaxed, elastic, without tension, keeping the mouth closed and the chin slightly tucked towards the throat. The other factor is breathing as we have detailed above. Raymond Thomas in his book “Practical Relationship of Zen to Budo” (1971) establishes an analogy with the pranayama of the Hindus, in Japanese called haragei. We can describe three parts: 1) inhalation: the air penetrates our body through the nostrils, trying to send it as low as possible using the diaphragm. 2) The air is concentrated in the lower abdomen “hara” or “Seika Tanden” (space between the navel and the upper part of the pelvis), where it is blocked. 3) Open the mouth, relax the diaphragm and exhale deeply and sharply all the air. The scream is done while we expel the air.

Desimaru tells us “Emit your cry with everything you are, starting in the hara, the lower abdomen or intestines – the place that the Japanese also call kikai, the ocean of energy. To do it correctly is also to have learned Zen breathing, which is the same as in Budo – a long exhalation, as deep as possible. Right at the end of it, one’s energy is the greatest. The Kiai is that same exhalation, combined with a scream; the sound must arise naturally from the depths of the body, and for this one obviously has to know how to breathe, what few people know how to do.

Realization of the Kiai:

The Kiai should be short, brittle, and loud. Elmar Schmeisser, in his book, “Advanced Karate-Do” (1994). He notes, “The Kiai cuts briefly in the throat and stops with maximum muscle tension at the moment of impact.

The realization of the KIAI has two ways: The first, by means of a loud scream, which is done at the same time that through deep expiration we expel the air coming from the hara. The second is a phenomenon of silent scream that comes from the depths of being, possibly reserved only to experts or great Masters. This shout projects a subtle, though perceptible, energy that can manifest itself in the gaze.

The objective of the loud and silent screams is the same, to emit vibrations that are likely to disturb the adversary, but it can also be used to revive those who have lost consciousness, thanks to the shock produced by the vibration.

Depending on the intensity of the shout, some teachers intend to classify the Kiai into four or five basic categories: 1) low-pitched, at the moment in the approach of a technique, 2) acute after a technique, such as a shout of victory, 3 ) low to medium acute just before a diffusion technique, to beating or confusing the thinking of an opponent, 4) half tone for the purposes of resuscitation, and 5) silence (Kensei), for use in certain meditation exercises .

Master Hidehiko Ochiai says that volume is not always a requirement for a good Kiai fight: «When you are at an advanced level you can run a good Kiai without shouting or screaming. The mere shout does not mean that the Kiai is good, and a good Kiai may or may not produce a loud sound or scream. ”Ochiai prefers to categorize the Kiai into: 1) long and strong, 2) short and strong, and 3) short and calm.