The Gracies are considered the first family of Mixed Martial Arts (MMA). They attained perfection in their ground-and-pound combat on the streets of Rio de Janeiro. Gracie Jiu-Jitsu or Brazilian Jiu-Jitsu (BJJ) was founded by brothers Carlos and Helio Gracie in 1925. Carlos was trained by the Japanese jiu-jitsu master, Maeda Hatsui. Carlos was a brilliant street fighter who incorporated Hatsui’s grappling techniques with Western-style boxing.

Helio, too, is considered as one of the most-gifted martial artists in the world. He became famous for beating several combat artists in no-holds-barred fights throughout Brazil. Helio brought BJJ to the United States with his sons Royce, Rorion, and Rickson. These young Gracies became prime fighters in MMA tournaments around the world. Rorion is the co-founder of Ultimate Fighting Championship, an elite MMA organization, and is the Major MMA promotion in the USA.

The success of the Gracies in MMA is attributed not only to their strenuous training but also because of their strict diet. The Gracies spent most of their lives fighting and they never had the comfort of being sick and unprepared for the day of the fight. It was important for them to be healthy at all times. Being healthy frees them from the stress and anxiety that may experience during or before the fight. Heeding an excerpt by the great philosopher Hippocrates, “Let your food be your remedy,” Carlos studied various eating methods and took harmful methods away from his regimen.

Known as the Gracie Diet, this eating regimen focused on food combinations. The objective was to prevent blood acidity and fermentation that could be caused by unhealthy chemical reactions of food within the body. This procedure may hamper the digestive process which is the most energy-consuming stage in the body. According to Carlos, keeping the acidity or the alkalinity (pH levels) of the blood is crucial in the digestive process because the pH levels of food should be kept neutral for a maximum transformation of the food. He added that some food combinations of food kept the pH levels in the blood neutral while others made it acidic or alkaline. The pH imbalance in food may cause several illnesses like hardening of the arteries, osteoporosis, and stiff joints which may lead to arthritis.

The diet is composed of several food tables divided into the following groups:

General guidelines for the diet:

It is difficult to notice the long-term effects of proper eating habits if people are in their twenties, thirties, or forties. Many modern diets are formulated by young men and gained credibility based on theory. Helio Gracie, however, is living proof that the Gracie diet is as effective if not better than other diets out in the market. By following the strict combination of food he still manages to enjoy superb physical and mental health that enables him to teach and train people in Brazilian Jiu-Jitsu.

How to do the Armless Triangle – Submission Technique 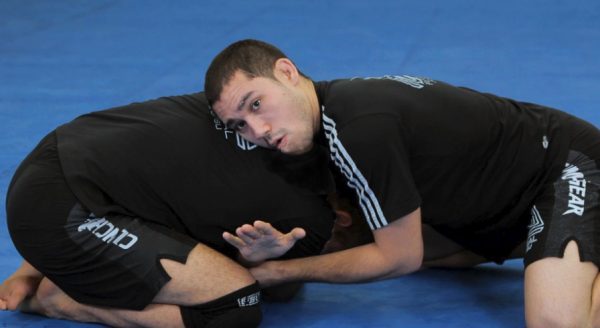 How to Do Anaconda Choke

How to do a Triangle Choke from Guard w Head Control