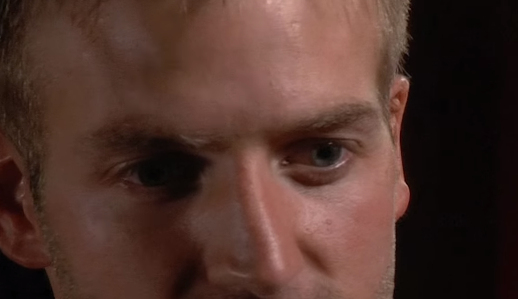 Ben Booker isn’t your typical fitness model. He’s a blue-collar tech who suffered from alcoholism. Learn how bodybuilding saved his physique, his marriage and his life.

When bodybuilders raise a glass, it’s usually at end of a workout, with some sort of protein concoction sliding down their gullet and into their welcoming muscles.

But what happens when alcohol fills the glass, and it’s consumed at all hours of the day, because the man in question simply can’t help himself anymore?

Ben Booker knows. He started drinking alcohol at age 13 and continued until 2005. The drug drowned his body with toxins and nearly destroyed his marriage. Ben’s future looked destitute.

His wife Erin, exasperated, told him she wasn’t happy with the life they were leading.

Not every guy chooses the loving, lovely wife. That’s how powerful and insidious this disease is.

Yet Ben chose to change for the better. He kicked the booze and eventually dedicated himself to the gym, lifting weights, and taking supplements. When he found Bodybuilding.com and its Bodyspace community, he was able to finally fill a void left by alcohol. His transformation was such that he became the 2010 BodySpace Spokesmodel contest winner.