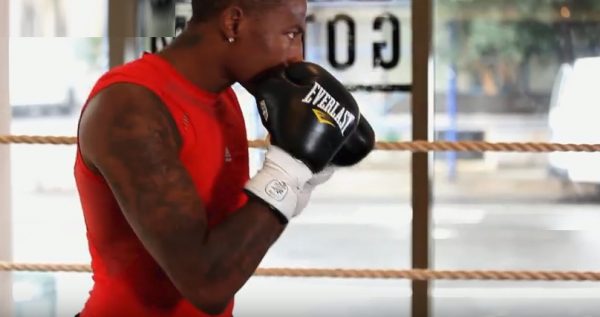 This is the last defense counter technique in this series for Howcast It’s touch, counter-punch, or you can call it a parry, whatever you choose to. Works like this. He’s going to throw his one, two in this mitt. He’s going to touch there and crack away with the step. Now if I make an aggressive move towards him, in this case, Dylan’s not even going to move his feet. Watch how this is done. Jab, jab. Now we integrate the jab again. Jab, jab. Touch one, two. Jab, jab. Back. Uppercut. Slip out. One, two. Touch, one, two Jab, jab. Beautiful. That’s it.