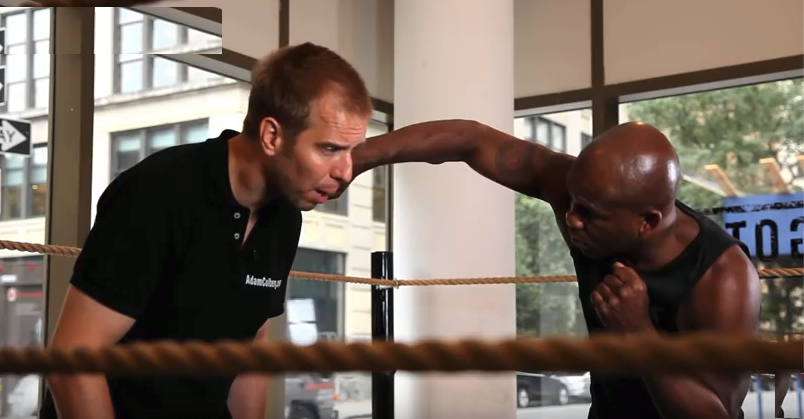 There are many punches in boxing, but I like to group the short right and the overhand right together, with regard to the elbow popping. All right?

If I’m standing in front of Terry, and he’s looking to hit the sweet spot, it’s going to be hard for him to throw a straight right. So what he’s going to throw, is a short right hand, all right? Pop in the elbow, catch in the chin. It’s surely a done deal. All right?
So when Terry throws the short right hand, it’s going to execute just like that, and it’s going to hit the sweet spot, all right? Short right hand, one more time. Now, if there’s more distance between Terry and I and for instructional purposes step back a little bit, Terry. Give him a little bit of a long stance, and he throws let’s say a right hand at me, but then he wants to switch the angle, I like throwing the right hand twice, one after the other. It makes for a devastating combination.

If Terry were to throw a straight right hand, and then he follows that with a different angle and pops his elbow, that’s an overhand right. It’s very hard to detect because you have two different angles coming at you, with the same hand.