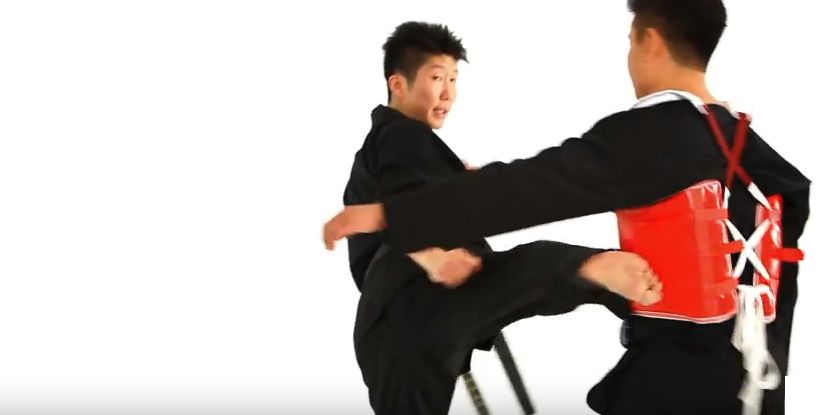 So, if my, again my opponent throws his front leg at my stomach, he’s gonna go for the kick, this is one way, another way to dodge. Again, I’m gonna demonstrate without my opponent. So, I’m gonna turn like a compass with my front leg and step in. My back leg turn this way in a circular motion. Now, you can go about 90 degrees turn, or you can go a little more, depending on the distance. So, you’re gonna go one, two, again, depending on you, depending on the situation.