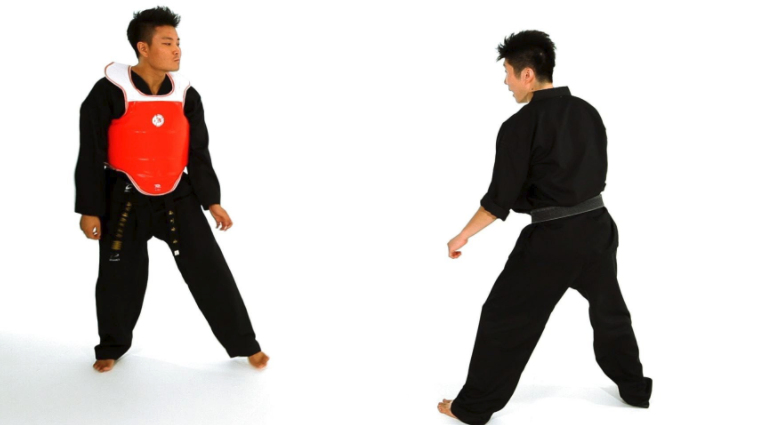 I’m going to be showing you guys sidestep technique number two in sparring.

So now I need to go the other way. Now sidestep number two, I’m going to first demonstrate. It looks like this. This time instead of your back leg going to the side, it’s your front leg that’s going to the side. So if it’s your left leg, go towards the left side like that. This way. Now we’re starting from a right leg back position. If I sidestep number two, boom, now I’m in a left leg back position. So be careful not to get confused.

Now I’m going to demonstrate. My opponent throws a hop step roundhouse kick. He throws it in. I sidestep this way. Now I like to counter attack with the roundhouse kick. This way. One more time, a little slower. Huh. Side. Now on this side. Same thing. I’m in a close stance. He does for the attack. Side step. Now a little faster speed. He comes in. Huh. And that’s how we do the sidestep number two technique in sparring.