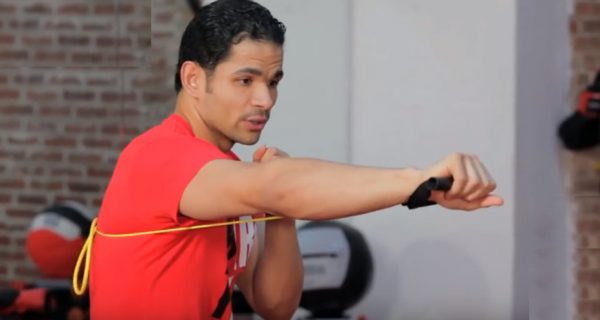 Now we’re going to shadowbox with a resistant band. The first thing you want to do, lift your band, just take it and bend it halfway and tie a knot right in the middle of it. You’re going to have something like this. Now with this guy, you’re going to put it right behind you on your thumbs, bring it right underneath your armpits and you’re ready to go.