A 9th-degree black belt makes a mistake while cutting a cucumber on the throat. The assistant keeps it together then collapses, then the master cleans his sword and the assistant is taken to an ER. According to the narrator, this happened at the Long Beach International Karate Championship… Well, I would never trust a guy with a blade showing off at all.

According to several Martial Art friends we know this was true and many were there that day, the “Samurai” was one of those instructors with superpowers who also happen to have black belts in many martial art styles….claiming to hold several 7th, 8th and even 9th black belt degrees….may be in Charlatan-Do, Kung Fu Panda Ryu or something like that.

Please beware of people claiming to hold ranks in several martial art styles, because it takes years of training to rightfully become a black belt. Proper training and certification is a must.

Real Martial Artists don’t show off and put students in danger if they compete they are respectful and humble, they are an example to follow, they are an inspiration and are always willing to teach. Beware of many “clowns” like this one who could even hurt your own kids. 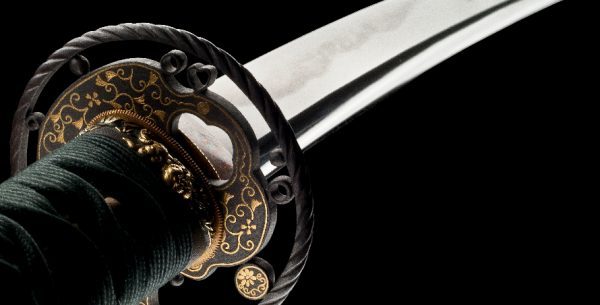 How to forge a Samuari Katana