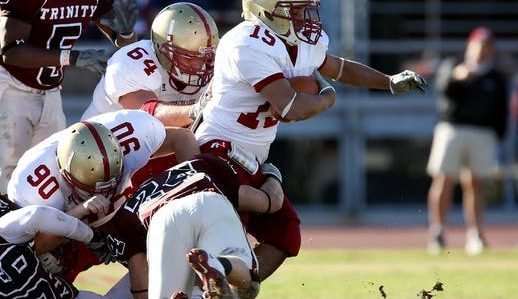 The Rudy Awards were two awards given annually by the Rudy Foundation of Henderson, Nevada to the high school and Division I college football players who demonstrate exemplary character, courage, contribution and commitment as members of their teams.

The award is named in the honor of Daniel “Rudy” Ruettiger, who is famous as the inspiration for the 1993 film Rudy. Ruettiger strived to attend the University of Notre Dame and to play football for the Fighting Irish. Ruettiger battled with dyslexia and the fact that he was much smaller than an average football player, standing just 5’6″ (1.68 m) and weighing 165 lb (75 kg).

Any Division I college football player that satisfies the following eligibility requirements may be nominated for the college Rudy Award:

• Nominees can be any gender, age, or year in the university (Freshman through Senior).
• Nominees must be a player on the football team roster at some point during the season of eligibility.
• Nominees do not have to be a walk-on, as Ruettiger was.

Any high school football player that satisfies the following eligibility requirements may be nominated: