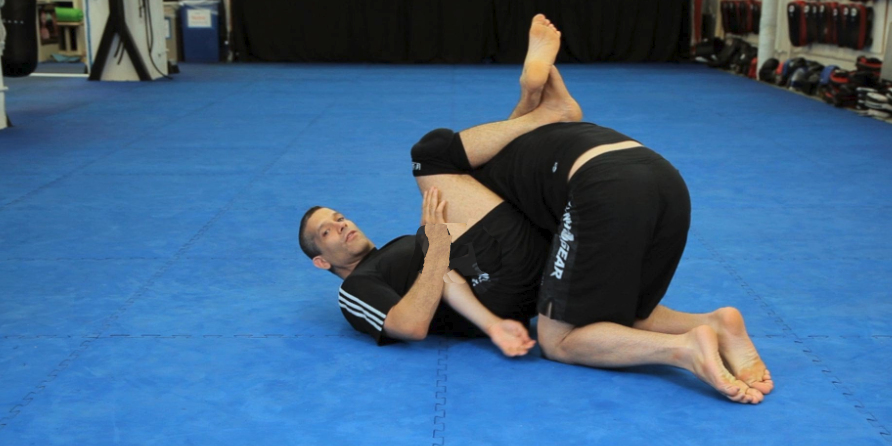 All right guys, now we’re going to show some interesting omoplata variations. This is a counter to the single. Okay. We’re going to start it low, but of course, you can start it a little bit high. All right. So Chad, very often, he’ll come up from, maybe, side control, or he’ll come up from a single, or maybe we’re a single and we’re fighting. Right, now, guys, look at where Chad’s elbow is. That’s where we want it. We want his elbow in here. Okay? We do not want his elbow here. If his elbow’s over here, it means he knows jiu jitsu, and we’re in trouble. Okay, so I’m going to go here, and now watch the move I do. Okay. Okay, let’s do that – let’s break that move down.

Okay. So, Chad has this single leg, we’re here, his elbow’s here. If his elbow’s on the other side of my leg, see, on the other side of my leg, it won’t work. I have to move it and put in right in his armpit. I’ll come over here so you can see. Right here, guys. All right. Now, as I roll, I cup his arm, I roll over my shoulder, cupping his arm, smash down, grab his back, base, finish.