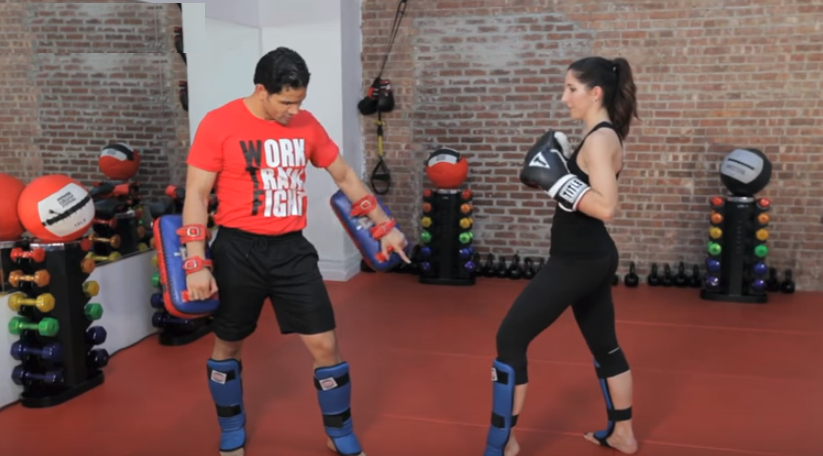 All right, guys. Now we’re doing kick boxing partner pad training. So first we’re going to start off obviously we need a pair of pads, muay Thai pads, they’re a little longer than regular boxing pads. It’s going to be very helpful for the kicks, okay? Face me, but first we’re going to start out with our punches, okay? Nice and easy, hands up. Usually when doing pads you want to make sure that the person you’re training with is punching across. So one across your face, not towards, one. You don’t want this just in case they turn into your face. So nice and easy, one-two, across. One-two, good, and one-two. One-two, one-two, and one-two, one-two.