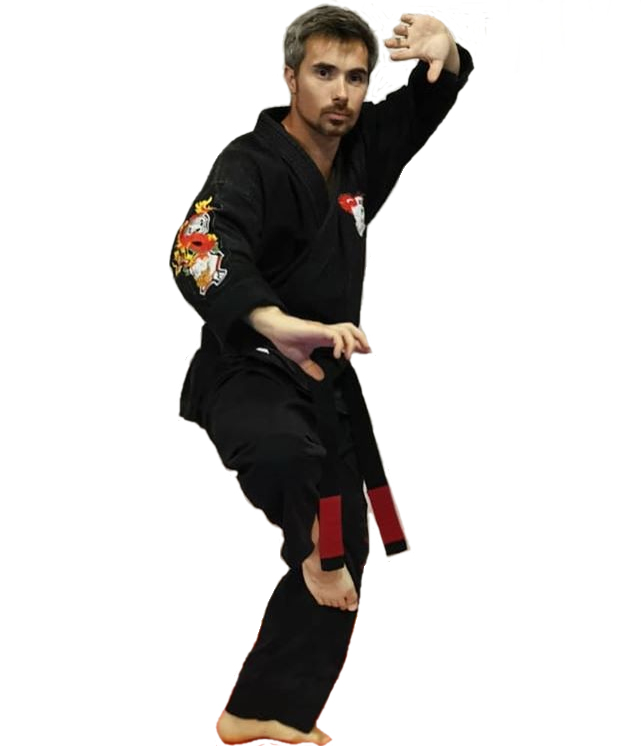 One leg stance is considered useless by some, but we can find it in forms and also in self defense techniques such as “Leaping Crane” where we move to the left side to prepare a side kick to the knee.
If we analyze this stance we can see that the leg is ready to attack, similar to a loaded weapon.

There is a doubt among the Kenpo Karate community, One Leg Stance should not be labeled as a stance but as a movement, perhaps “Backup Mass”, having one leg in the air is not stable unless your are on the attackers obscure zone.

We can find it in form 4 and 5, where it gives more beauty to the form.