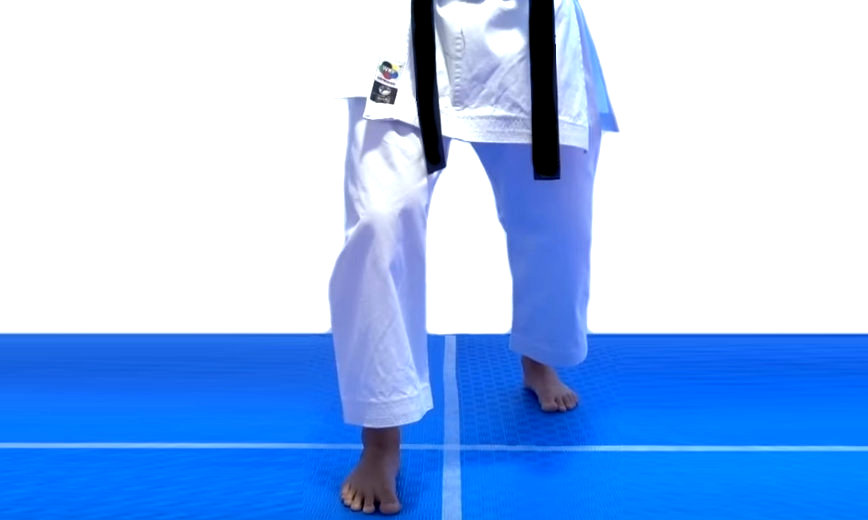 This stance might be considered as a sparring stance and a kicking training stance as well. Used to work on Mae Geri and similar kicks as you move forward.

Although they can perfectly be placed in a normal guard position (“kamae”), that is, with the fists in front of the body, at the level of the solar plexus, with the elbows down and the one corresponding to the forward leg somewhat forward.

In modern karate, depending on the style or school, the legs are more or less apart.
In some Moto dachi styles, it is practically a short zankutsu dachi.

While in other moroashi dachi it is a renoji dachi with the back foot facing forward instead of being placed at 45º as in renoji.

Some masters consider moroashi dachi to be a short fighting stance.

In Moro ashi dachi the feet are separated from each other by the distance equivalent to the width of the shoulders, parallel, pointed to the front and one of them advanced about 30 cm.

The weight of the body must be perfectly distributed between the two feet, when it is performed in kata or kihon exercises, but when executed in kumite moroashi dachi it is a position that makes it very easy to move the weight of the body forward or backward. very useful to go on the attack or defend against unforeseen situations.

The arms can be placed in a normal guard position, but with the particularity that the forward fist generally lowers more than normal.

In ancient karate the three positions Moroashi Dachi, Renoji Dachi and Teiji Dachi were not considered preparatory positions as they are today but were the fundamental combat positions, while the positions that are considered combat today were classified as positions for combat. the development of internal energy, being used only in internal energy training but never in combat. The long positions were also considered as starting positions, or in other words, starting from one of the three fundamental combat positions, one of the feet was moved towards any of the 8 directions, producing the full range of positions that we know today.

The Moroashi Dachi, Renoji Dachi and Teiji Dachi fighting stances are short stances which was the form used in ancient times while very open and very low stances were used for developing internal energy to strengthen the legs.

• For straight techniques, the Moroashi Dachi combat position was used with straight movements such as Okuri ashi, Tsugi ashi etc.

• For Semicircular techniques, the Renoji Dachi combat position was used with semicircular displacements such as Kizami and Nagashi.

• For circular techniques, the Teiji Dachi combat position was used with circular movements such as Tai Sabaki.