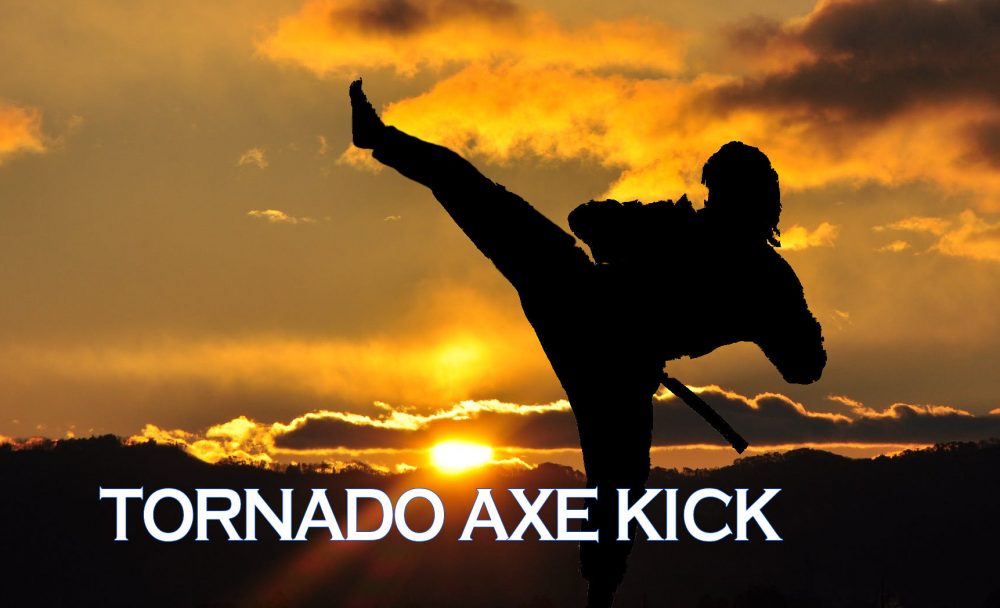 The Tornado Axe Kick is considered a variation of an Axe kick. It uses the same principles on the tornado kick but at the end, you execute your Axe kick to score your point. This technique is perfect to deceive your opponent because most of everyone might be familiar with the tornado kick but they would not expect an Axe kick and you will score your point.

This kick generates a lot of power and it can be dangerous because it connects on the head, this kick is one of those KO kicks. Be careful because excessive force can disqualify you in a tournament.

How can I block this Kick?

There are a few options to consider:

Is the Axe Kick really effective?

It is considered a very effective offensive and defensive technique but at the same time is very powerful.

What are the targets of this Kick?

The head, neck, and chest. It is a very effective kick in competition.

Why this kick technique is called Tornado Axe Kick?

It is called like that because you do a very fast turn move to gain speed which is the “Tornado”, then you execute the Axe Kick which is a linear or circular motion where you raise your leg, and at the peak height, you bring the ball of the foot straight down like the chopping movement of an ax.