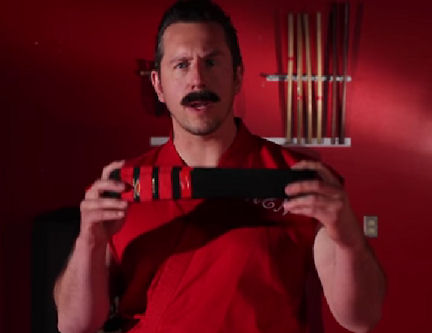 Thank you, Master Ken, for doing this. I love Master Ken’s response to the guy asking for a recommendation letter to get a faster promotion…to get a 4th-degree black belt in Kenpo Karate?? you gotta be kidding!

Do you support Faster Black Belt Promotion Programs?
Here is Master Ken with his message, enjoy it as much as I did.

Master Quest program?? that sounds like another Mc Dojo program that gets students to skip ranks… One thing about “these black belts” is that we never see them competing at tournaments in their black belt divisions, yes, they don’t compete at all, they get fat as their ego. They love to critic other martial art schools.

A real Black belt does not ask for any kind of faster programs or incentives, we earn our belt by training hard, doing our very best which sometimes is not enough. It is not only about training hard but also how you behave and act. You should be respectful, helpful, self-confident, and have honor. If you are self-confident then you would never ask for such thing as a recommendation letter to get faster promotion. Even though Master Ken is a fantasy character he is a Kenpo Karate Black Belt in real life who earned his rank like we mostly did in the good old years.