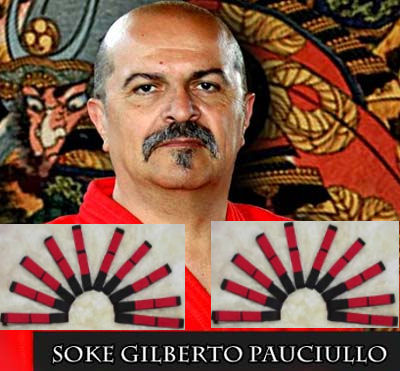 This morning is one of those that gave me a big surprise. A friend of mine sent me a link, what a link… I was having my morning coffee and I almost choked.

My dad was born in 1950, a hard worker who taught me that nothing in this world is free if you want to have something you have to earn it. I have been working hard all my life, I have felt down, life has thrown at me everything, I get up again and again.

This guy also claims to be a 10-degree black belt in Mixed Martial Arts, I wonder who endorses this because to my knowledge MMA does not follow a belt system like traditional karate. Fighters in the UFC come from different martial art styles and none of them is a black belt in MMA, if that was the case then Dana White would be a 10th-degree black belt.

mma.tv, bjjee.com uncovered this story, they did the research on this. Now prepare and sit because you won’t believe this:

If you are a friend of Gilberto Pauciullo from Italy, well I don’t judge you at all but for the respect of all those who have trained really hard in a dojo for years WAKE UP. I’m just a second-degree black belt with years of training…I’m a black belt who is still learning, I’m that white belt who never gave up.