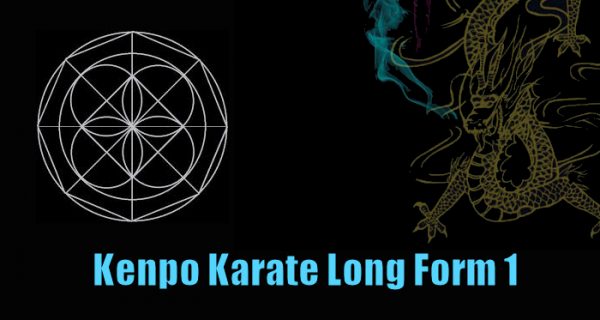 Long Form 1 is the first of the three long forms, according to several Kenpo Karate masters there are 3 Long Forms and 3 Short forms, then from form 4 and up are just called “forms” which some also call them Long forms.

This form is found in Orange Belt and in Purple belt depending on the Kenpo Karate system or association. It is a great form to start competing at tournaments. This form has strong blocks and punches as well as strong stances students need to pay attention to.  Make sure your stances are well done, your back has to be straight and show good posture.

For several years I was told this form had 1 side until I saw Professor Juan Serrano doing this form on both sides. When you present your Kenpo form using your fingers if you show the left side and then the right side then that is what you should do. This is a common mistake before doing any Kenpo form, pay attention to what you are about to do.