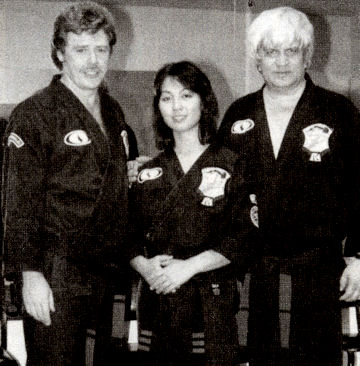 If you are one of those who have ever attended the Long Beach International Tournaments then you should know who she is. Ms. Dian Tanaka is one of those American Kenpo Karate Celebrities you can’t miss. She was born in Tokyo, Japan, and moved to the United States when she was 7 years old.

This is Dian Tanaka performing Long Form 6 for her 4th degree Black Belt exam at Ed. Parker’s Kenpo Karate Studio in West Los Angeles. This video is a jewel.

Once I was asked if Ms. Tanaka was teaching somewhere. Well, she does not have a studio or ever promoted anyone to a black belt. She is considered an inspiration to many women who train American Kenpo Karate, she is also considered a Pioneer. She was promoted to 5th degree Black Belt by Ed. Parker.

She has traveled to many countries teaching Kenpo and has been part of a strong Kenpo community keeping the flame alive after the passing of Grand Master Ed. Parker.