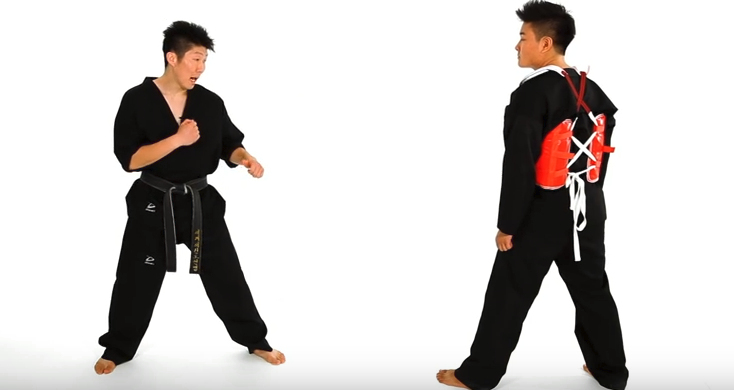 First, I’m going to go step one close in the distance. Now if my opponent pulls those spinning kicks which are gonna turn this way, I’m gonna sidestep like this. So we’ll show it very slow. We’re here, I step one, two, this way. Now if you notice I’m right behind him. This is where I could get him.

So one more time slow. I step, ha, ha, and then you can throw bang. Throw a roundhouse kick there.

Now I like using this technique going against taller opponents. What happens is going against a taller opponent, you have to close in the distance, I always say. So if you back up too much, again, he has the advantage. So I’m gonna go in, one. When he throws the back kick, two, and go in, bang, for the kick. And that’s how we do defense against the back kick in sparring.