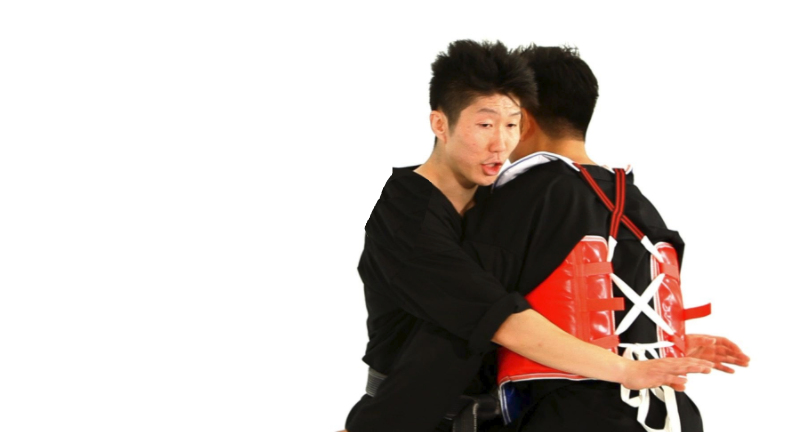 I’m going to be showing you guys the clinch technique in sparring. Clinching is important in the Olympic Tae Kwon Do game.

A clinch looks like this. I have my arms out, and my chest is pressing onto his chest. The reason why clinching is very important is after I hit and I get a point, my opponent wants to kick me back. If I’m close to him and if he throws a kick, he can’t. His leg’s going to be passing by me. It’s another great defense, too.

Another error you shouldn’t do is, when you clinch, don’t slide back out. Especially if you’re fighting a taller opponent, I’m going to go in, bang, clinch; and let’s say I slide back out, he throws up, boom, kick to the head. You want to kind of stick into that clinch sometimes.

From here, I attack. I go for the clinch. Now if my opponent wants to kick me, maybe he might slide back. He might slide back, but that’s a mistake for him. If he gives me space, I have the full momentum to attack again.

One more time, demonstration again. I go for it. I clinch. Again, my hand is out, back straight. He slides out. Go for the kick.