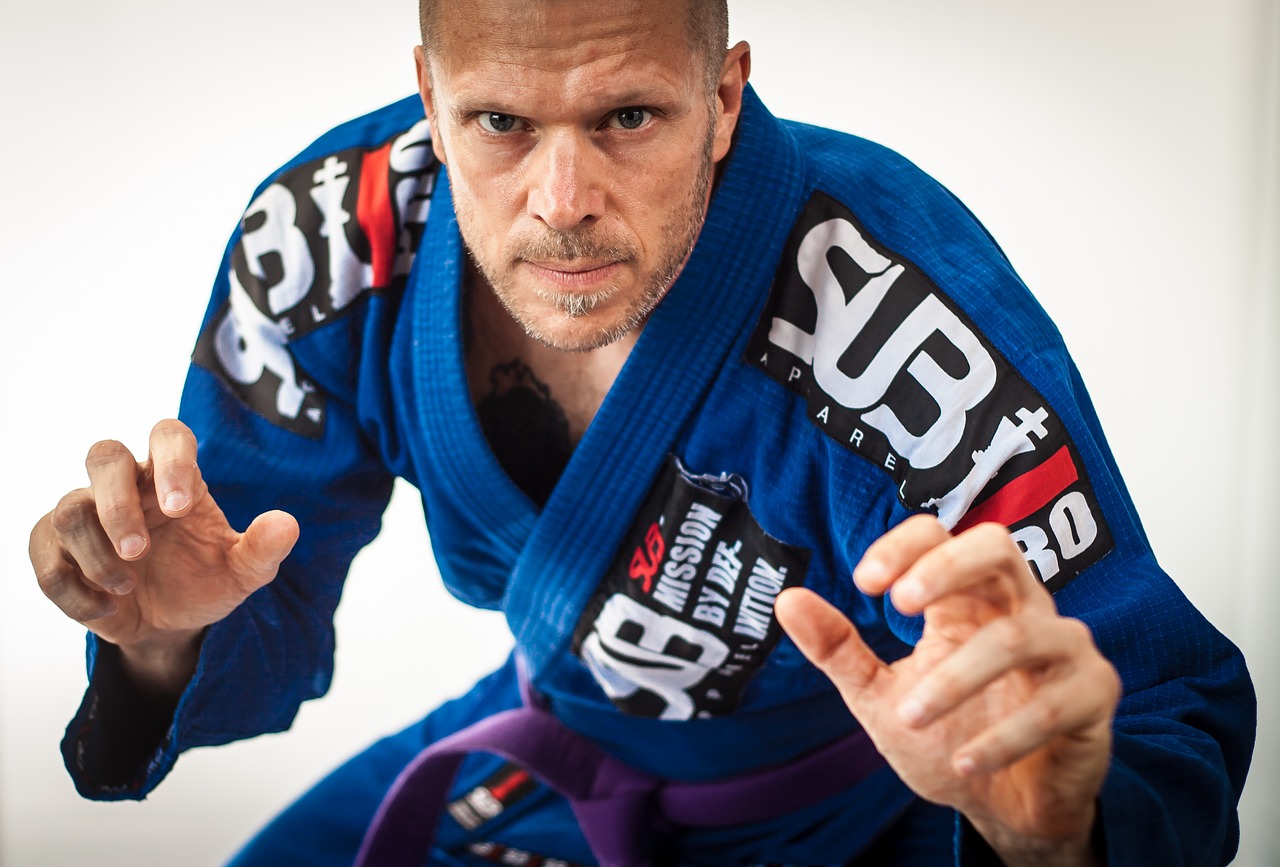 These are the ranks in traditional Brazilian Jiu Jitsu, the time for the student to stay on these ranks varies depending on the Jiu Jitsu lineage and main instructor. Jiu Jitsu Requirements may vary from school to school, but most of them are similar.

It is highly recommended to invest in your gear, you will need rashguards and cotton uniforms. Think you will be making an investment, hight quality gear will last longer so do your research with uniforms that are better for you.

No-Gi, this is part of training without the Jiu Jitsu uniform, you wear shorts and a rashguard. If you are a beginner then we recommend you to buy knee pads and a mouthguard.

The so-called faixa branca is the first belt in the practice of Brazilian Jiu-Jitsu. Anyone who begins in the Soft Art will have to fasten his kimono with this girdle.

Normally, obtaining the BJJ blue belt entails a white belt training period of between one and two years, although this is relative.

The blue belts begin to have a certain mastery of the basic techniques of Jiu Jitsu and to possess a powerful repertoire of completions to execute.

The purple belt, the jiujiteiro will be required a wide range of techniques, as well as the corresponding evolution in aspects related to the values of this sport; The common Jiu Jitsu masters maintain that a great fighter is of no use if he is not a good partner if he does not teach the lower belts or respect the higher ones.

The student faixa rosa or purple belt is already an advanced person, he has the BJJ base perfectly assimilated, he masters an endless number of different submissions and he is going to be a very, very difficult training opponent for any level.

A brown Jiu Jitsu belt is a kind of demigod in the gym and not only on the technical level but also on the personality traits: the values have been worked on for so many years that they have been internalized in the individual.

The expert level of Brazilian Jiu Jitsu, as in many other martial arts, is represented by the faixa preta or Black Belt.

With the seventh grade in his faixa preta, the teacher once again varies the color of his belt, alternating black with red. For this step, the jiujiteiro has caused a great impact in Soft Art, with extensive experience and great prestige in the world of Brazilian Jiu Jitsu. This teacher acquires the status of “Grand Master”.

The Brazilian Jiu Jitsu red belt is awarded to “the one whose influence and fame reached the top of the art”, acquiring the name of Grand Master.